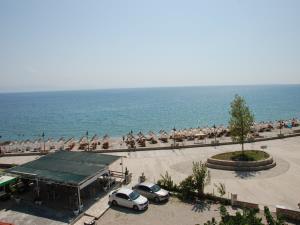 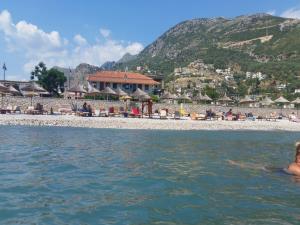 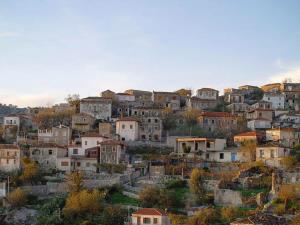 Qeparo is a seaside village in the municipality of Himara in Vlorë County, Albania. It is part of the Albanian Riviera. It is divided in two parts – the old and new villages. Qeparo is situated on the western slope of Mount Gjivlash, at about 450 metres (1,480 ft) above sea level. In ancient times, Qeparo was situated in the hill of Kasteli. Later on, its inhabitants settled a little further down, in the Gjivlash Slope, southeast of the hill of Kasteli, to be closer to their fields and to escape the cold of the winter. To the east, Qeparo is bounded by the village of Borsh, to the northeast by Çorraj, to the north with Kudhës, to the northwest by Piluri, to the west with the town of Himara and to the south and southwest by the Ionian sea. Qeparo has cultivated olives for centuries, as mentioned in the early 19th century in the work of François Pouqueville, Napoleon Bonaparte's general consul at the court of Ali Pasha in Ioannina, testimony to this, are some centennial olive trees still existing in the village.