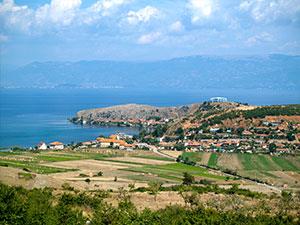 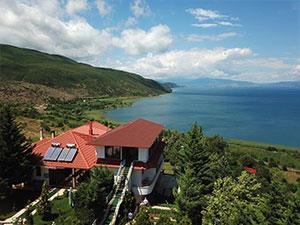 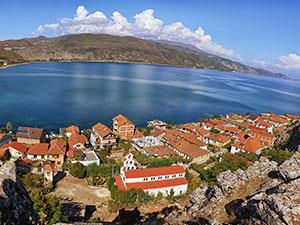 When traveling from Tirana to Pogradec and coming down the Thane pass, one notices the village of Lin, situated on a small peninsula jutting into the lake Ohrid in Albania. It was once called “Lake of Light” perhaps because the light of both the sun and the moon wholly illuminate its surface year-round. Indeed, this lake’s reflections are being captured by many photographers and are amazing!.As you descend the road to get there, you will notice the beautiful red roofs of its characteristic small homes. Besides the beautiful setting around the lake, Lin hosts the ruins of a Byzantine Church. The church has been included within the possible UNESCO site of the Natural and Cultural Heritage of the Ohrid Region. The church was built during the 6th century AD, in the Justinian era. This early Christian basilica is decorated with extraordinary floor mosaic from the fourth-fifth century of our era was discovered. The mosaics have some beautiful figures such as fish, birds etc. Things to do in Lin: visit Lin church and Mosaic, make a boat trip around the bay, walk in the narrowed paved streets and enjoy local cuisine by the lake, with the trout, koran or belushka. Visit Lin, Albania and book hotels in Lin online.