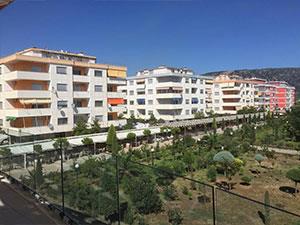 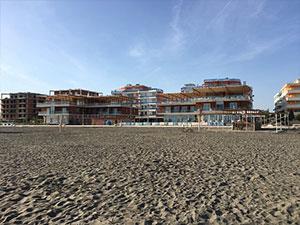 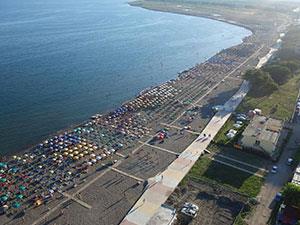 Velipoja, is a coastal village located in Shkodër District, in the North-West of Albania. Velipoja is situated on the estuary of the River Buna (the only navigable river of Albania), where it flows into the Adriatic Sea while creating the border between Albania and Montenegro. The Commune (i.e. the administrative unit) of Velipoja has a population of around 10,000, spread over several small settlements, the largest of which is the village of Velipoja itself. Its economy is based on agriculture (arable land and livestock, sheep and cattle), some fishing, and chiefly tourism. The scenery is largely unspoiled with a mixture of: sea-coast, river estuary, heathland like Viluni, thick pine woods and the national park of Velipoja, farmland, and high mountains. It has been remarked by visitors that the heathland to the north of Velipoja is very reminiscent of Scottish scenery. The area is a prime site for bird watching, game shooting and fishing. The beach is long 14 km (starting from Buna estuary until the place called “Rana e Hedhun”) and 200 m wide stretch of sandy coast known for its sand, clear water and its curing effect. The beach is a very popular attraction in summer. In Buna river one can fish : trout, carp etj. Bird and rabit hunting is another activity to enjoy in this area. Velipoje has a mild winter while the summer is quite hot. The best period for sunbaths starts from June and lasts up to September, but it can be good also from April to October. In recent years, several projects have been instituted with the aim of conserving the environment (including the marine life of the Buna) and the encouragement of ecological tourism. There have also been recent efforts to develop fish farming. The area has many small hotels and guest houses. There is a market, where local farmers sell their fresh bio products. Visite Velipoja, Albania y reserve en línea hoteles en Velipoja.